Everyone knew that Iraq didn’t have weapons of mass destruction.

Indeed, Secretary of State Colin Powell’s chief of staff – Colonel Lawrence Wilkerson – just said that Powell knew that there were no WMDs:

I wonder what will happen when we put 500,000 troops into Iraq and comb the country from one end to the other and find nothing (starting at 6:43 into video).

But war is sold just like soda or toothpaste … and so a false justification also needs to be concocted.  George W. Bush, John McCain, Sarah Palin, a high-level National Security Council officer, Alan Greenspan and others all say that the Iraq war was reallyabout oil.

It has been extensively documented that the White House decided to invade Iraq before 9/11:

Indeed, neoconservatives planned regime change in Iraq – and throughout the Middle East and North Africa – 20 years ago.

The government tried to falsely blame the anthrax attacks on Iraq as a justification for war:

When Congress was originally asked to pass the Patriot Act in late 2001, the anthrax attacks which occurred only weeks earlier were falsely blamed on spooky Arabs as a way to scare Congress members into approving the bill. Specifically:

Secretary of Defense Donald Rumsfeld, President Bush and VP Cheney all falsely linked Iraq with 9/11 … and the entire torture program was aimed at establishing such a false linkage.

A new book by NBC News and Newsweek investigative reporter Michael Isikoff adds details, including a memo written by Rumsfeld in November 2001 – a year and a quarter   before the start of the Iraq war – asking how to start a war against Iraq, and suggesting as one potential “justification” for war:

US discovers Saddam connection to Sept. 11 attack or to anthrax?

Here is the whole memo: 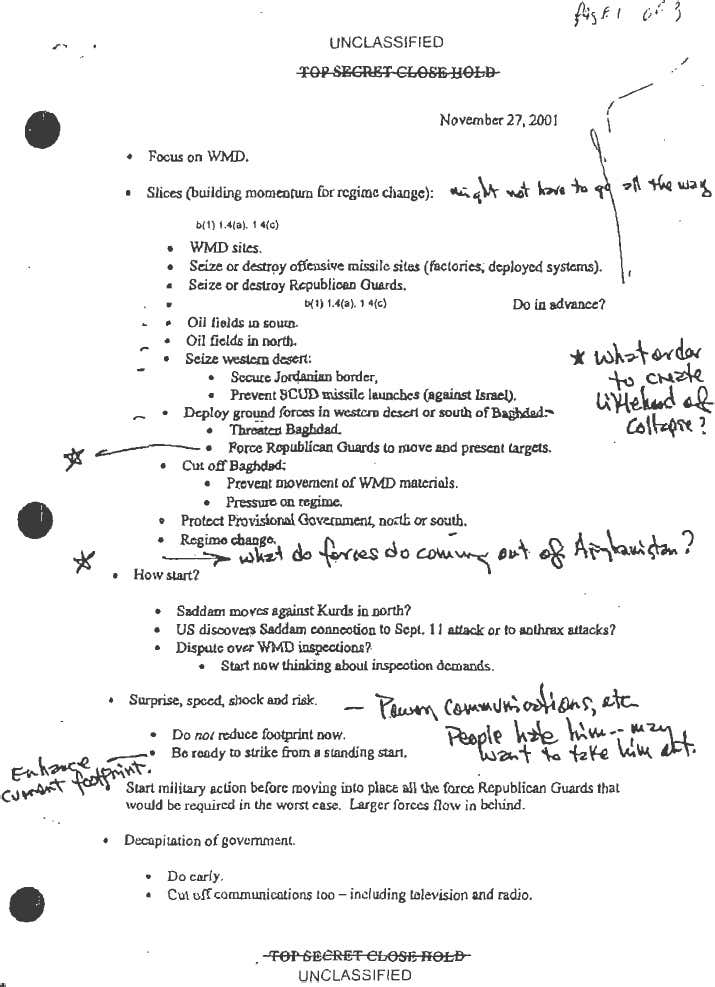 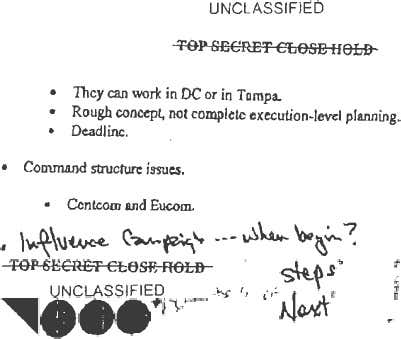 The Bush administration launched the Iraq war under false pretenses … unfortunately, Obama is no better.